Posted By Editor on May 7, 2014 in ARTISTS, Awards and Prizes, NEWS 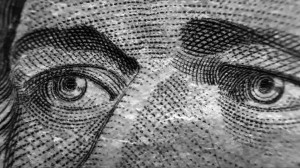 This year marks the 30th year of the Turner Prize, founded in 1984 to promote discussion of new developments in contemporary British art. The variety of media used by the four shortlisted artists this year reflects the diversity of work being made in the UK today, often exhibited globally, from film and video to performance, collaborative working and installation.

The shortlist includes work that manipulates and appropriates found film footage and online imagery, as well as work that employs analogue technology, craft and design. These contrasting approaches suggest the impact of the internet, cinema, TV and mobile technologies on a new generation of artists.

Penelope Curtis, Director of Tate Britain and Chair of the Jury said, “This year’s nominations illustrate the mobility of the contemporary art world, in which works are seen at global biennales and festivals over the course of the year. The four shortlisted artists share a strong international presence and an ability to adapt, restage and reinterpret their own and others’ works, very often working in a collaborative social contexts.”

The nominated artists are:

Duncan Campbell (born 1972) for his presentation It for Others in Scotland + Venice at the 55th Venice Biennale. Campbell’s engaging films often take provocative individuals as their subject, weaving together fact and fiction to create portraits that question the authority and means through which history is presented. Responding to Chris Marker and Alan Resnais’ 1953 film Statues Also Die, Campbell’s It for Others combines archive footage and new material, including a new dance work by choreographer Michael Clark.

Ciara Phillips (born 1976) for her solo exhibition at The Showroom, London. Phillips works with print in the broadest sense producing screenprints, textiles, photographs and wall paintings as site-specific installations. She often works collaboratively, transforming the gallery into a workshop and involving other artists, designers and local community groups. Phillips has taken inspiration from Corita Kent (1918-1986), a pioneering artist, educator and activist who reinterpreted the advertising slogans and imagery of 1960s consumer culture.

James Richards (born 1983) for his contribution to The Encyclopaedic Palace at the 55th Venice Biennale. In his videos and installations Richards brings together a disparate range of found and original material to create poetic meditations on the pleasure, sensuality and the voyeurism that is within the act of looking. Found VHS video and new imagery undergo varying levels of manipulation and repetition and, with an accompanying soundtrack, heighten the emotional and psychological range of the original.

The Turner Prize award is GBP 40,000 with £25,000 going to the winner and GBP 5,000 each for the other shortlisted artists. The Prize, established in 1984, is awarded to a British artist under fifty for an outstanding exhibition or other presentation of their work in the twelve months preceding 17 April 2014. It is intended to promote public discussion of new developments in contemporary British art and is widely recognised as one of the most important and prestigious awards for the visual arts in Europe.

The Turner Prize 2014 exhibition takes place at Tate Britain from 30 September 2014 to 4 January 2015. The winner will be announced at an awards ceremony, broadcast live on Channel 4 on Monday 1 December 2014.