Posted By Editor on Sep 12, 2013 in Art Markets, ARTISTS, Contemporary and modern art from the Iranian world, NEWS

A new art auctioneer is entering the market in London as interest in contemporary art from the Middle East continues, mainly with individual and institutional collecting in the MENA region and expatriate communities in Europe. 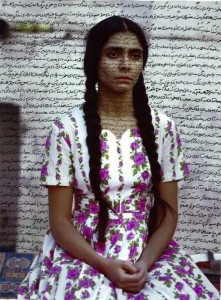 The Auction Room announced its inaugural auction of Middle Eastern contemporary art which will take place online at www.theauctionroom.com on 19 September 2013 at 7pm London time. Art works chosen for the auction will be on exhibition at 27 and 28 Cork Street from 17-19 September.

The Auction Room says it is the only London-based auction house to conduct auctions exclusively in the contemporary Middle Eastern market and the first to bring the market entirely online, with other houses holding Middle Eastern auctions in Dubai or Doha. It will target an audience ranging from established to young collectors and first-time buyers, “for whom London is a key centre for the arts, and who enjoy transacting through online platforms.”

The Auction Room’s specialist for the sale, Janet Rady, said, “there has been a huge surge of interest in the region and we are delighted to be filling a gap in the current market. With estimates ranging from GBP 1,000 to GBP 60,000, the auction provides the perfect opportunity for a variety of collectors from all parts of the world to participate.”

Many of the works confront the political and social issues of the artists’ native countries with a clarity and bravery which, in several cases, has resulted in exile or arrest, whilst they also draw clear influence from and take great pride in their county’s artistic heritage and legacy of decorative arts.

The subject portrayed in Neshat’s photograph (pictured) is a favourite character of hers known as Faezeh, a village girl from rural Tehran, who was first introduced in Neshat’s feature film Women Without Men. This photograph recalls the story from Neshat’s cinematic work, where Faezeh hopes to marry a character called Amir Khan. Due to a twist of fate, her reputation is sullied and damaged beyond repair, preventing her wedding from taking place. The single tear is representative of Faezeh’s journey, where she evolves from a sheltered young girl to a woman confronted with the unfortunate reality of the unjust community of which she finds herself a part.

Neshat’s work challenges the outdated nature of gender interactions and relationships observed in current day Iran. It also highlights her fascination with female Iranian authors from whom she draws much inspiration. It is a fantastic example of the universal appeal of Neshat’s oeuvre. Buy a link on this page.