Tate has reappointed Jessica Morgan as The Daskalopoulos Curator, International Art. With the renewal of the funding by the D.Daskalopoulos Collection, Greece. 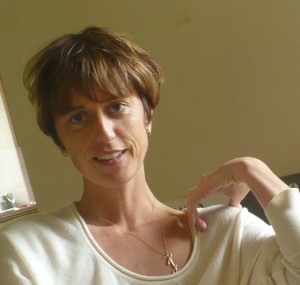 The post, which has been funded by the Collection for the past three years, has now been extended for a further three-year period until 2016. Jessica will continue to mainly focus on acquisitions of contemporary and emerging international art, specifically non-western regions, which are central to Tate’s commitment to broadening the geographical scope of the Collection. Jessica Morgan was previously Curator, Contemporary Art at Tate Modern. She will be the Artistic Director of the 10th Gwangju Biennale 2014.

As The Daskalopoulos Curator, International Art, Jessica Morgan will continue to curate displays and exhibitions at Tate Modern, maintain a research portfolio and support the International Council on a regular basis. An internationally renowned curator, she brings to the role her particular expertise and proficiency in the field of emerging art.

Since joining Tate in 2002, Jessica Morgan has curated numerous group and soloexhibitions including Saloua Raouda Choucair (2013), Gabriel Orozco (2011), John Baldessari (2009), The World as a Stage (2007), Martin Kippenberger (2006), Time Zones (2004) and Common Wealth (2003). She also curated The Unilever Commission in 2006, 2008 and 2012 working with artists Carsten Höller, Dominique Gonzalez-Foerster and Tino Sehgal respectively. She is the curator for the Middle East and North Africa Acquisitions Committee and South Asia Acquisitions Committee at Tate and works closely on the acquisitions of emerging global art at Tate.

Jessica Morgan was previously Chief Curator at the Institute of Contemporary Art, Boston where she organised exhibitions of work by, among others, Carsten Höller, Ellen Gallagher, Olafur Eliasson, Rineke Dijkstra, Marlene Dumas and Cornelia Parker. Prior to that she was an Assistant Curator at the Museum of Contemporary Art, Chicago, where she organised the first US and UK survey of the work of Mona Hatoum. She curated Damian Ortega’s first major exhibition in the USA at ICA Boston (2009), the exhibition, An Unruly History of the Readymade for the Jumex Collection in Mexico (2008), and the first Reykjavik Art Festival in Iceland in 2005.

Jessica Morgan has published and lectured extensively on contemporary art and is a regular contributor to art journals including Parkett and Artforum. She holds an MA in Art History from the Courtauld Institute of Art, London and a BA and MA in Art History from Cambridge University. She was a Mellon Fellow at the Yale Centre for British Art, Yale University and a Contemporary Art Curatorial Fellow at The Fogg Art Museum, Harvard University.

Dimitris Daskalopoulos is an entrepreneur and Chairman of DAMMA Holdings SA, a financial services and investment company.  He has been Chairman of the Board of the Hellenic Federation of Enterprises (SEV) since 2006.  From 1983 to 2007 he was the president and CEO of Delta Holdings/Vivartia SA, Greece’s largest food conglomerate.  He is a collector of contemporary art, member of the Board of Trustees of the Guggenheim Foundation and active in the Tate International Council and the Leadership Council of the New Museum. He is the founder of NEON, a non-profit organization, which works to bring contemporary culture in Greece closer to everyone. Thematic exhibitions based on his collection have been presented at the Whitechapel Gallery, London, the Guggenheim Museum, Bilbao and the Scottish National Gallery of Modern Art, Edinburgh.