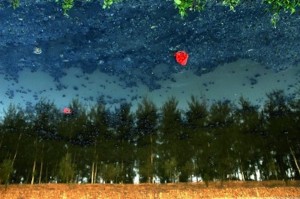 Beijing artist Han Bing features in a London selling exhibition 25 September 2013 – 24 March 2014. Described by Hua Gallery as a multidisciplinary artist with works of photography, performance, installation and painting, Han Bing was born in 1974 in Jiangsu Province but works in Beijing. Like many of his contemporaries, Han Bing focuses on issues raised in China’s rapid modernization and its attendant dichotomies, cited by Chinese art critic Zhuang Jia as “new capitalistic problems” of “soaring inequalities, increasing materialism and consumerism, a collective nihilism, and a lack of human care.”