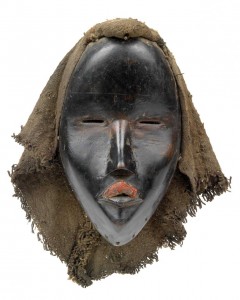 An old “Deangle” mask of the Dan people of Côte d’Ivoire / Liberia described as “very handsome” and an Igala helmet mask from Nigeria are among highlights of African art objects going for sale at Dorotheum, Vienna, 24 March 2014.

The Dan, also known as the Gio, reside in a region shared between present-day Côte d’Ivoire, northeastern Liberia and parts of Guinea. Linguists agree the Dan/Gio are united principally by the Dan language, a tonal language which is an offshoot of the Mande family and claims more than 1.5 million speakers in western Africa.

The Dan are thought to have originated in western Sudan region which itself is part of present-day Mali and Guinea. Given the large-scale migrations that followed the 2011 upheaval in Libya after the downfall of Muammar al Gadhafi, this is hardly surprising as one of the facets of history that may have impacted on demographics of the region before the more recent events. The whole area has been undergoing demographic changes amid political turmoil from the 14th century onwards. The Dan originally unleashed a series of aggressions and transgressions on tribes they encountered but in turn were aggressed upon by modern-day dictators, including those in Liberia. 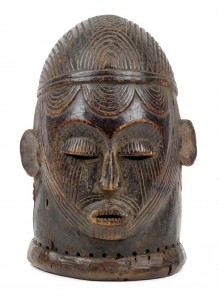