Emina Djukič: The Burden of Freedom

Emina Djukič presents The Burden of Freedom, “a story about the life, chaos and similar things” 19 February-7 March 2014 at the Photon Centre for Contemporary Photography, Ljubljana, Slovenia. 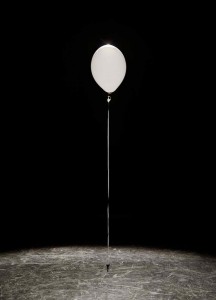 Emina Djukič in The Burden of Freedom

In her most recent work Emina Djukić presents a photo story containing autobiographical reflections on seeking her own path in life and her own place under the sun, a curatorial statement from the gallery states. The core of the project is actually an artist book that shall be read and interpreted in a number of ways. It is a story about making everyday decisions but also, occasionally, groundbreaking decisions. It is about cycles, about the infinite multitude of possibilities available in a modern society and the resulting disorientation of an individual who often needs (at least) a loose framework of values to obtain a certain measure of desired freedom. It is about searching for order in chaos.

The visual narrative combines diverse genres, techniques and styles while triggering unexpected connections between particular photographs upon closer inspection, whenever an attempt to decode or interpret them is made. The depicted motifs can thus be read as metaphors and symbols. It is precisely this transformation that offers a central strategy for assembling fragments into an entirety. This is indeed a method that enables the translation of the inside (invisible) to the outside (visible) experience. Although the basic storyline envisages a linear reading, however, as any photographic book it also allows leaping, returning and respectively non-linear reading but at the same time the viewer or reader of the photographs also seeks and creates her/his own personal stories.